Have you ever read Bend-The-Rules Sewing? It is one of the first sewing books I ever bought and I have probably made more projects from this book then from any other at this point (Liberty Love is catching up!). It's just got some cute/quirky/simple projects that I happen to love. And recently I got it out again and made two more projects from it.

First up, I made an art smock. I don't know how I hadn't thought to make her one before, but I decided it was time. It is a super simple pattern, only one piece, and it is simply bound with bias tape on the edges to finish it off, leaving long tails for tying on the top edge. It really took no time at all and is just so cute! I left out the pocket since I was feeling lazy and don't think she would use it, but I could always go back and add it if I change my mind. I did add some length, but I'll be honest, I didn't even measure, I just stuck some scrap paper in that was left after cutting out the pattern, but it was something like 2-3" since she is so tall. The fabric is one I have had for ages, you know, one of those clearance purchases that sit around, and the bias tape is ancient from a friend's grandmother that I happened to have. I am all about not having to buy anything. I do wish I'd added a second layer or used a wipeable fabric or something, but at least this is nice and washable and should, for the most part, protect whatever she is wearing. As soon as it's nice enough we will go outside with some paint and give it a test drive. Also, these pictures are the best I get from my little model at this point; please note the tongue sticking out haha. 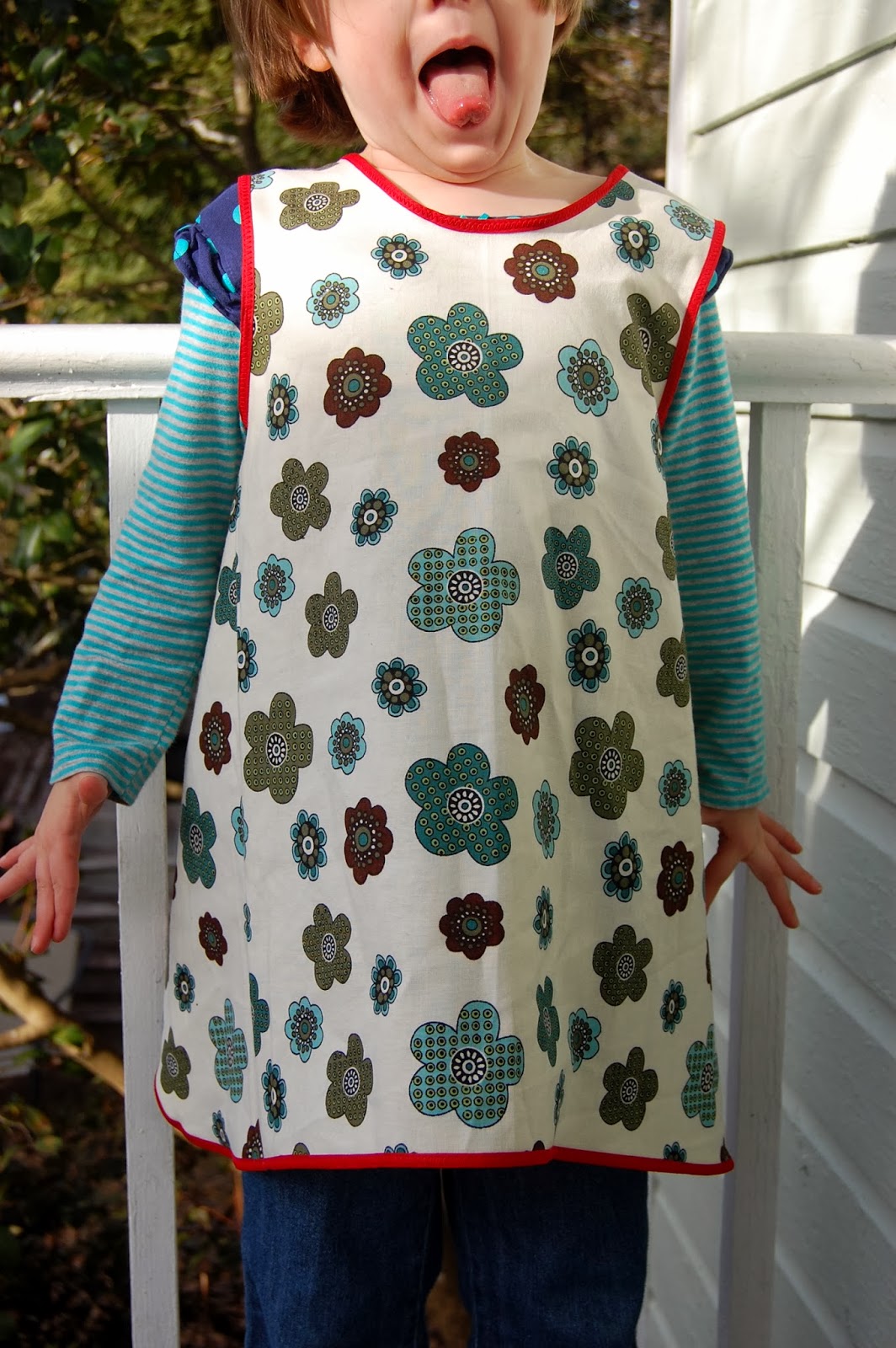 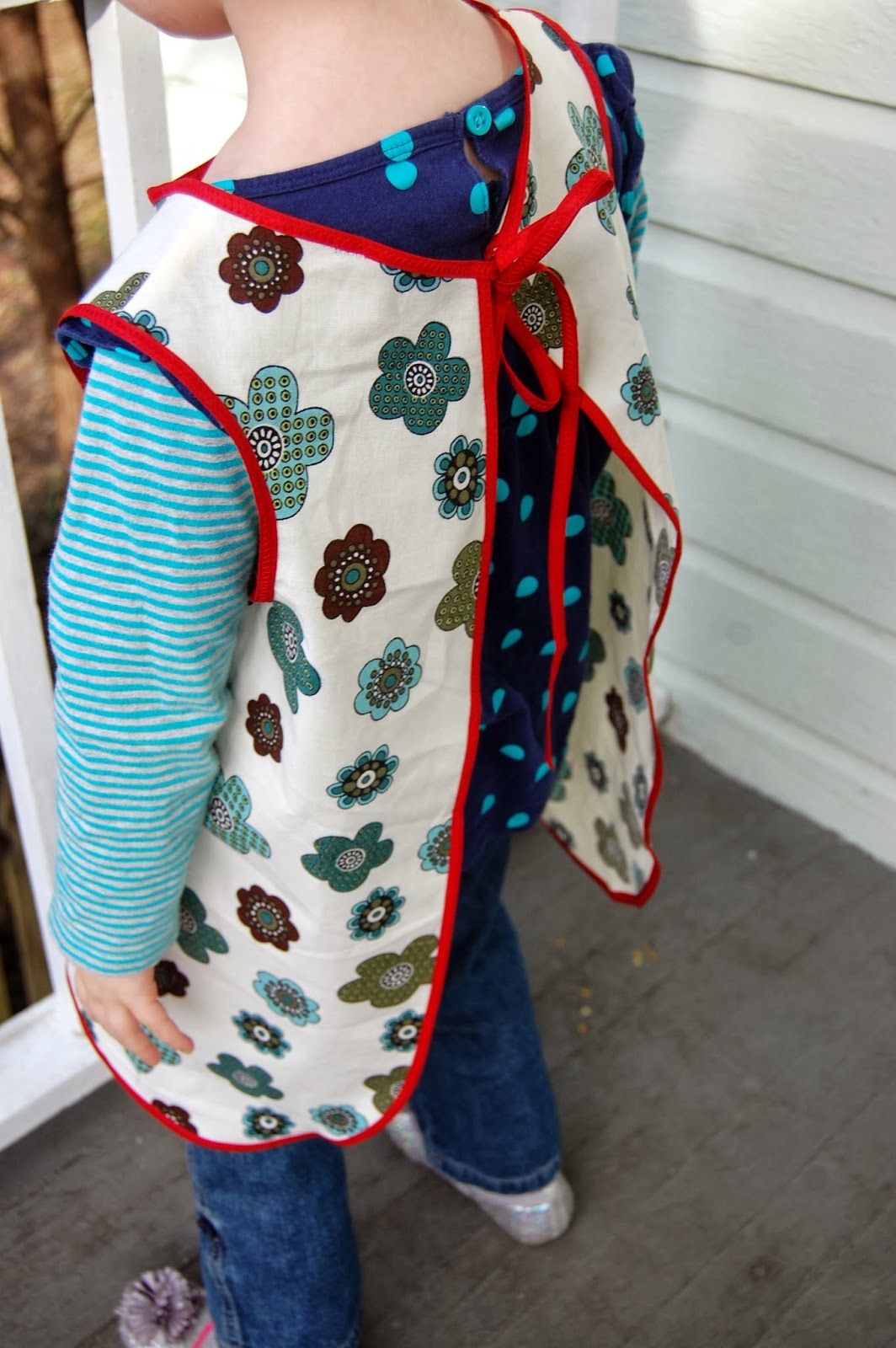 I went on to make some bibs. I have another little lady who is very very near starting solids (we are going with baby led weaning again, having loved it with the first and found it simple and sensible) and we had no bibs. I suppose they are used a lot and don't tend to last for multiple children very often. Anyway, I went with the instructions and used one layer of cotton and one layer of flannel, using a knit for two of them and quilting cotton for the other two. The flannel is actually from some cut up receiving blankets I held on to. Once again, so, so simple and cute. Came together so quickly and look so nice. I had to wait on the snaps but now they are ready to go! They seem a little thin, but we'll see. I may make another batch with some batting or PUL or something if she needs them. 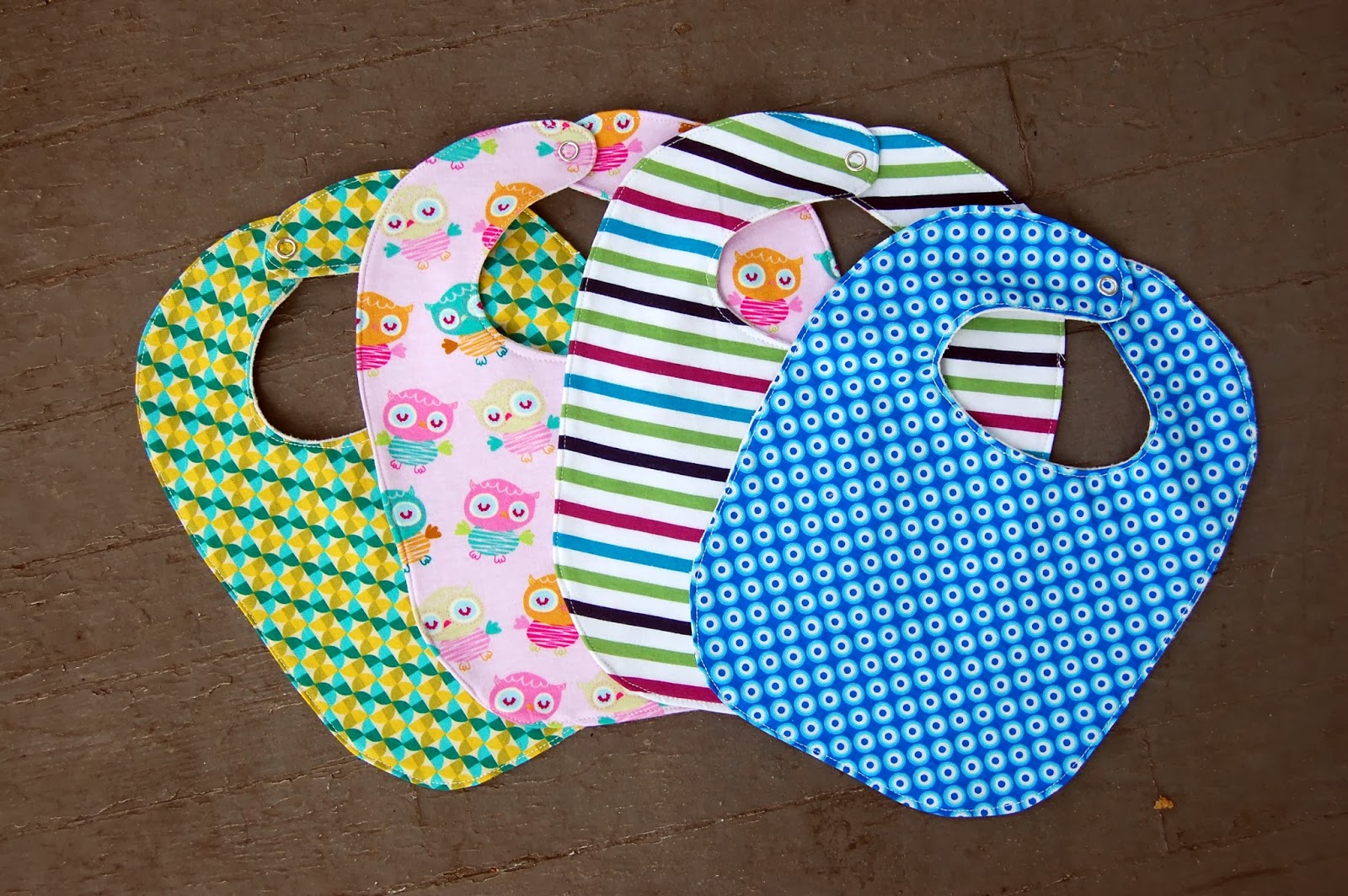 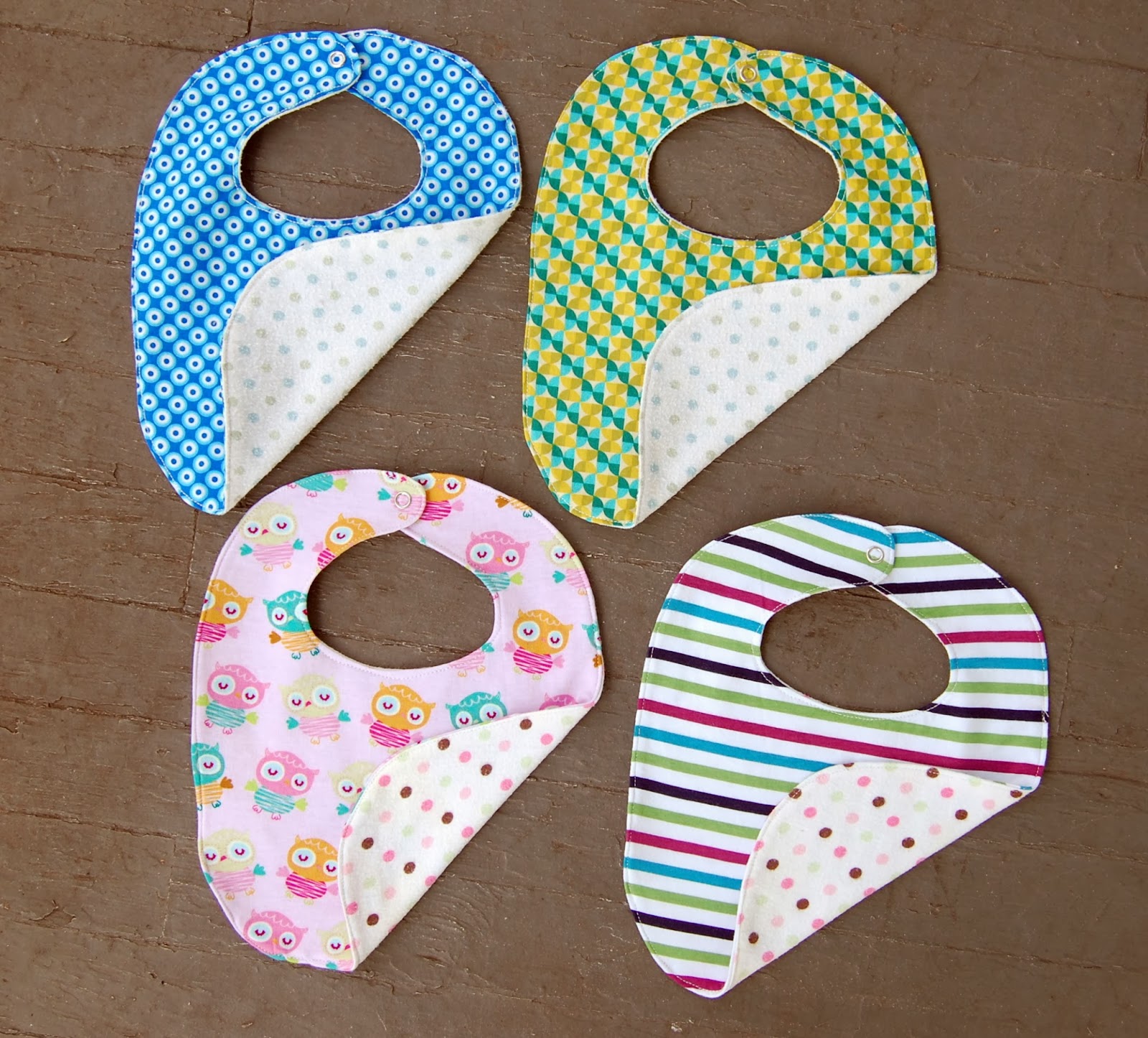 This book has just proven more useful then I would have guessed even when purchasing it. I have a couple other tiny things to share and at some point in the near future, I hope to finish the placemats I am working on. I've been knitting too, but my shawl has now become large enough that it is hard for me to find the time to do a whole pattern, so it is less often that I can sneak that in. I am hoping I will be done by the end of the month though! Also, I think I am going to finally quilt my penny sampler soon! It is ready to be basted and then I will just have to find the time to do it. And maybe by then I'll have decided on binding.
Posted by Cassie at 9:09 AM