In this second installment of birthday things, we get down to the gifts! Naturally I had big plans and not much time, so I ended up making her two things.

First up was a messenger bag that is just her size. I found this pattern, and was all set to follow it to make a super cute bag, but when I printed out the pieces, I simply could not figure out how the flap would fit on the bottom. So I made some patchwork and instead of cutting it out, I left it larger and it worked pretty well. I still think the flap is too big, but that's okay. And an adjustable strap, that's just sweet! Hopefully it will help the bag grow with her. 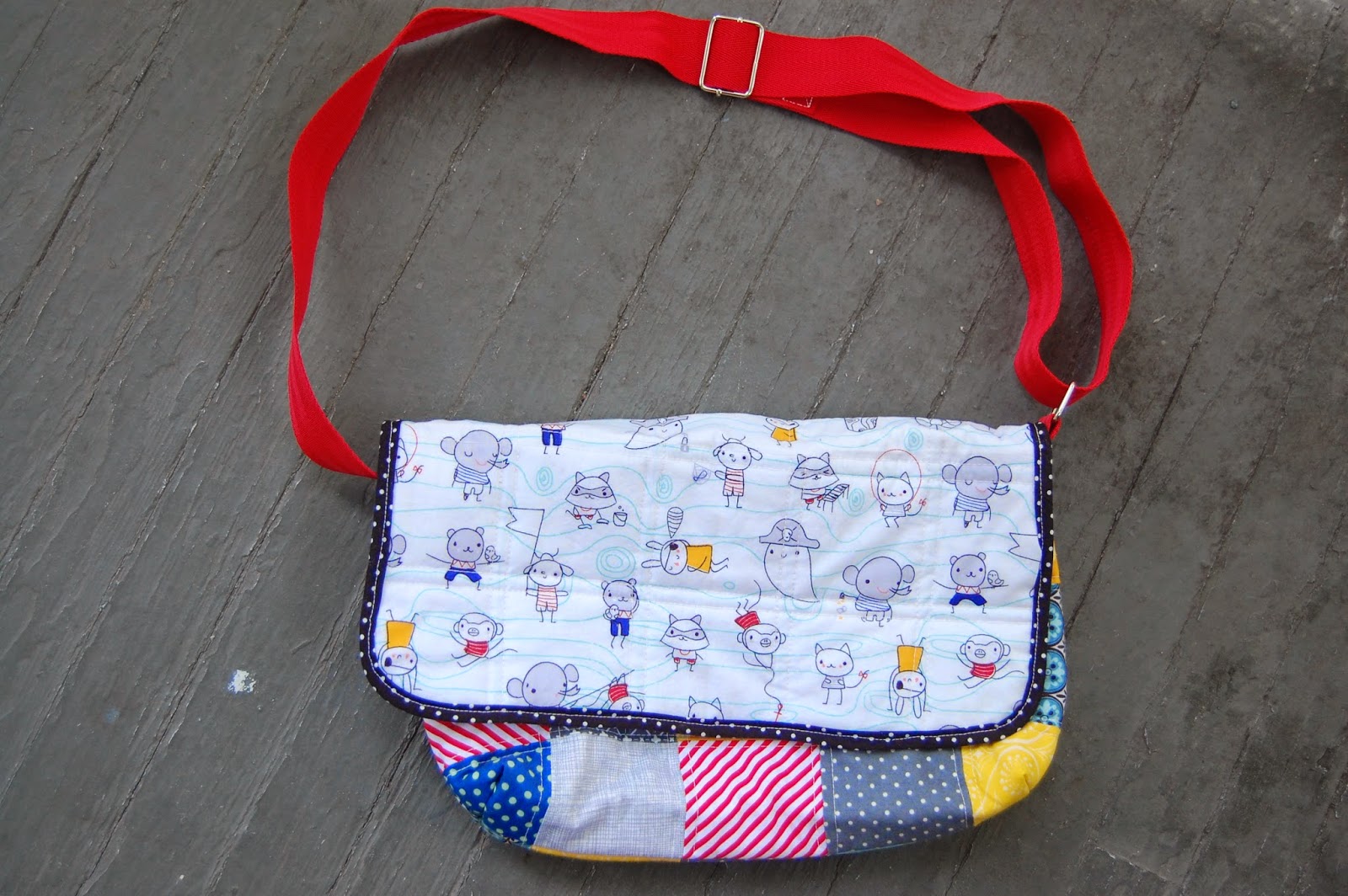 She picked out the flap fabric and helped with the coordinates, and I just love it. I have been saving this fabric for just the right thing and this was totally it. So now she is all ready for a roadtrip.  We won't talk about the fact that it is so full that the flap barely covers it.... 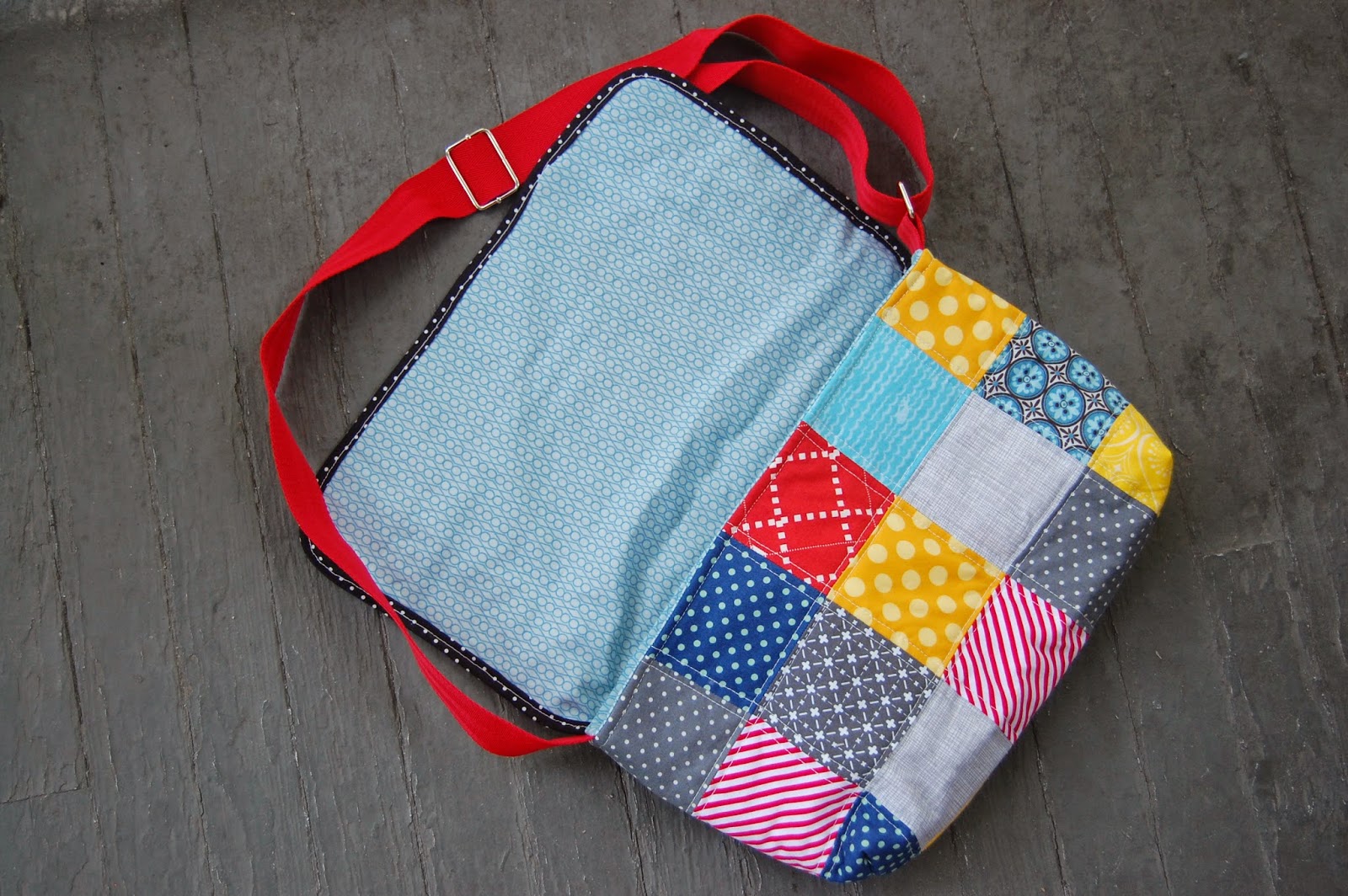 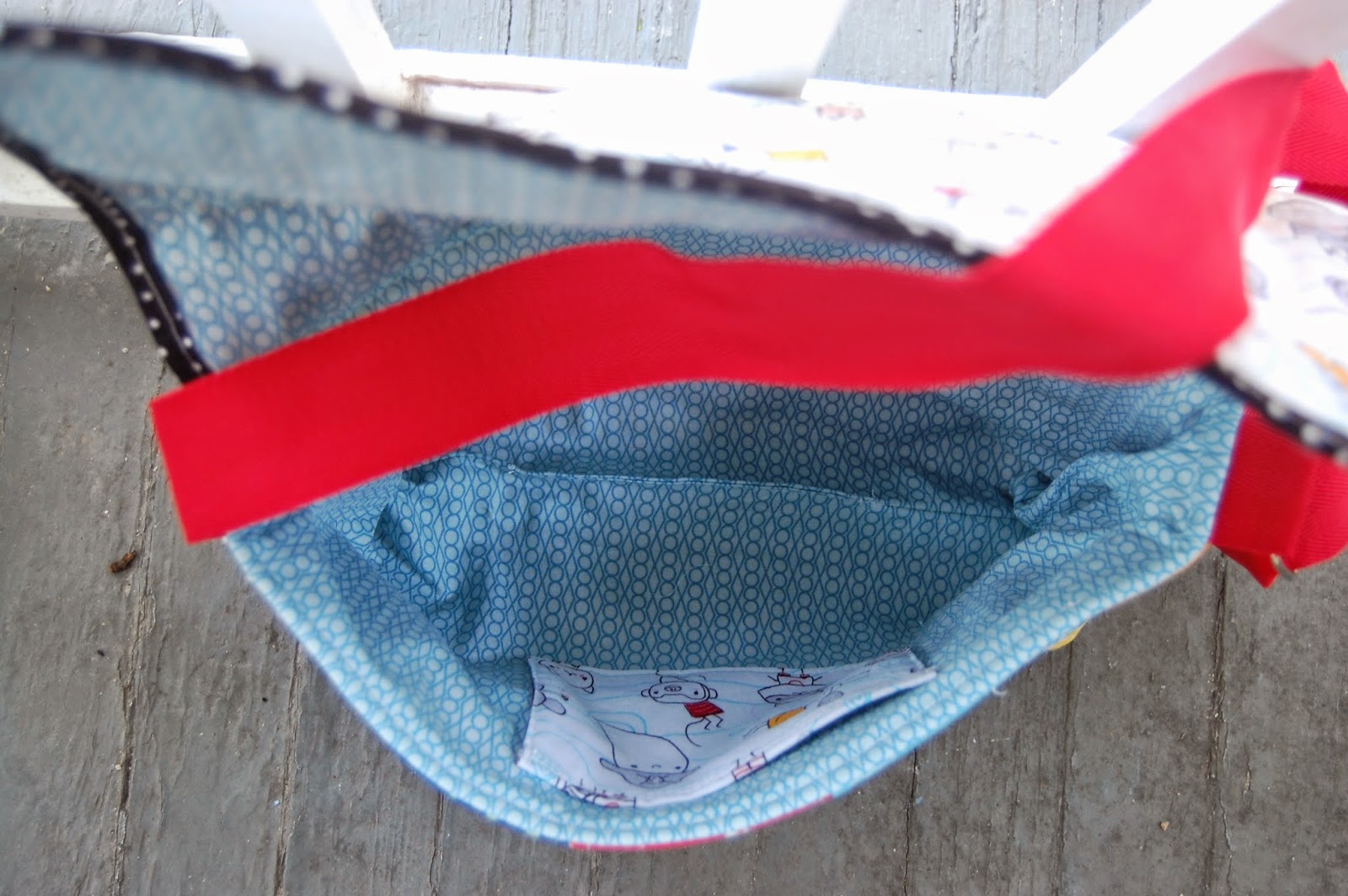 The other thing I made her was an alphabet pillow. She is totally in an alphabet phase and always points out letters and figures out sounds, and I saw a print somewhere that had the alphabet and then highlighted I and U and turned the O into a heart, so I incorporated that. I used felt and fused the letters and stitched them down with batting and a back to quilt it and give it a bit more body. The back is some argyle I have been saving for just the right thing and she has been asking me to make her something out of it. I used black piping around the edge and a zipper (with a flap) in the back. I couldn't help but be surprised how professional and perfect it came out! I serged all the seams inside to finish the edges too. I am happy to report she loves it! 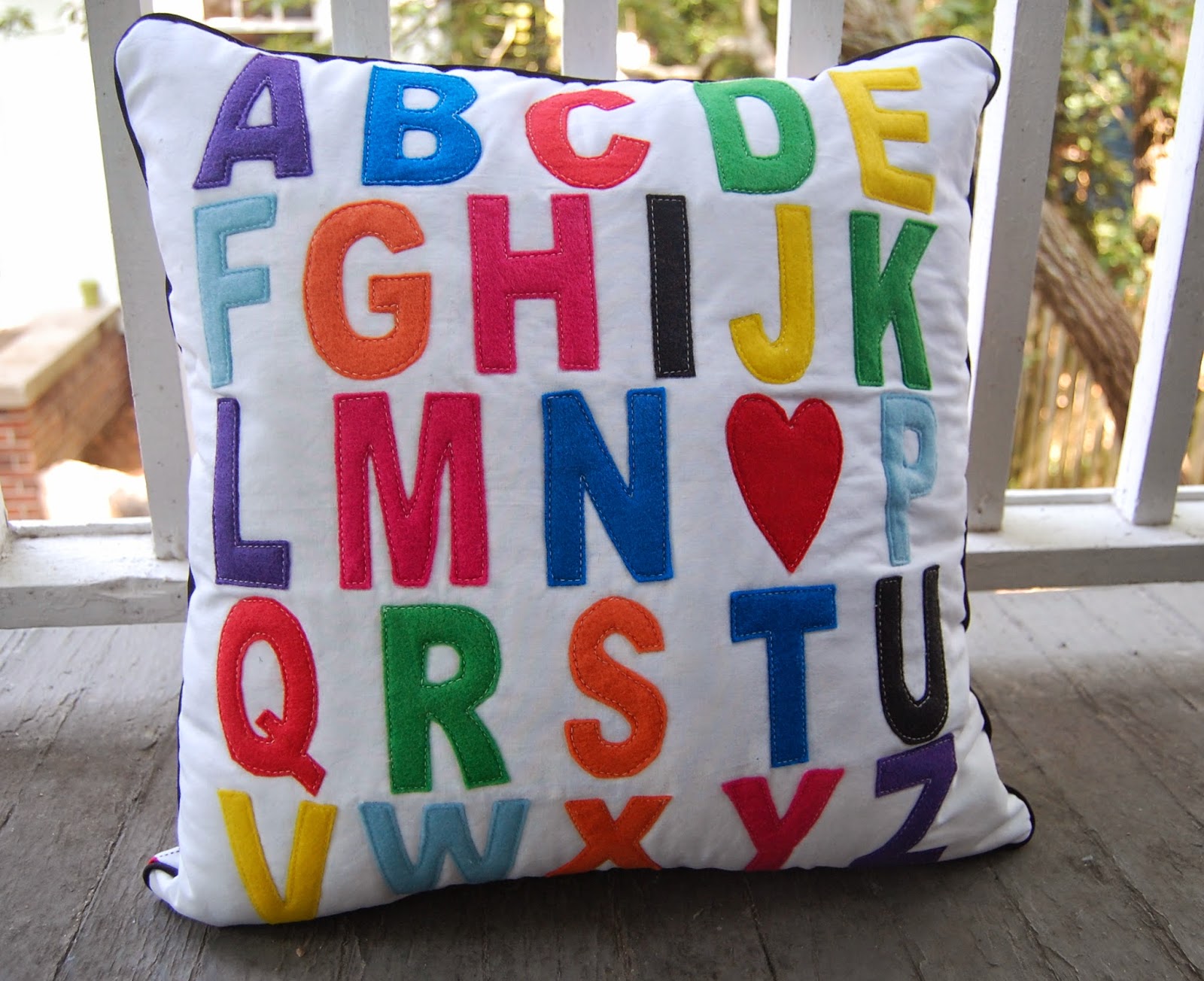 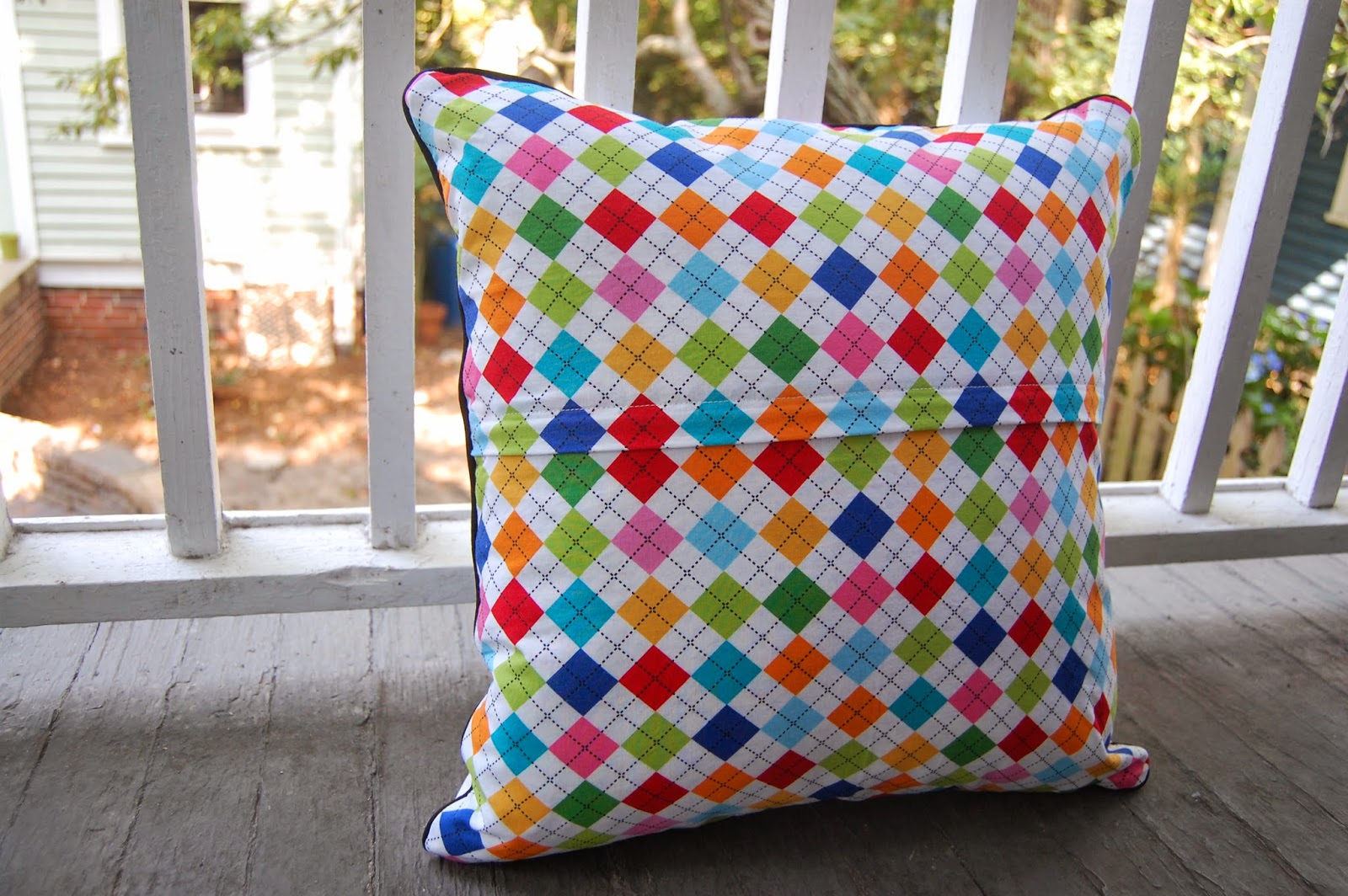 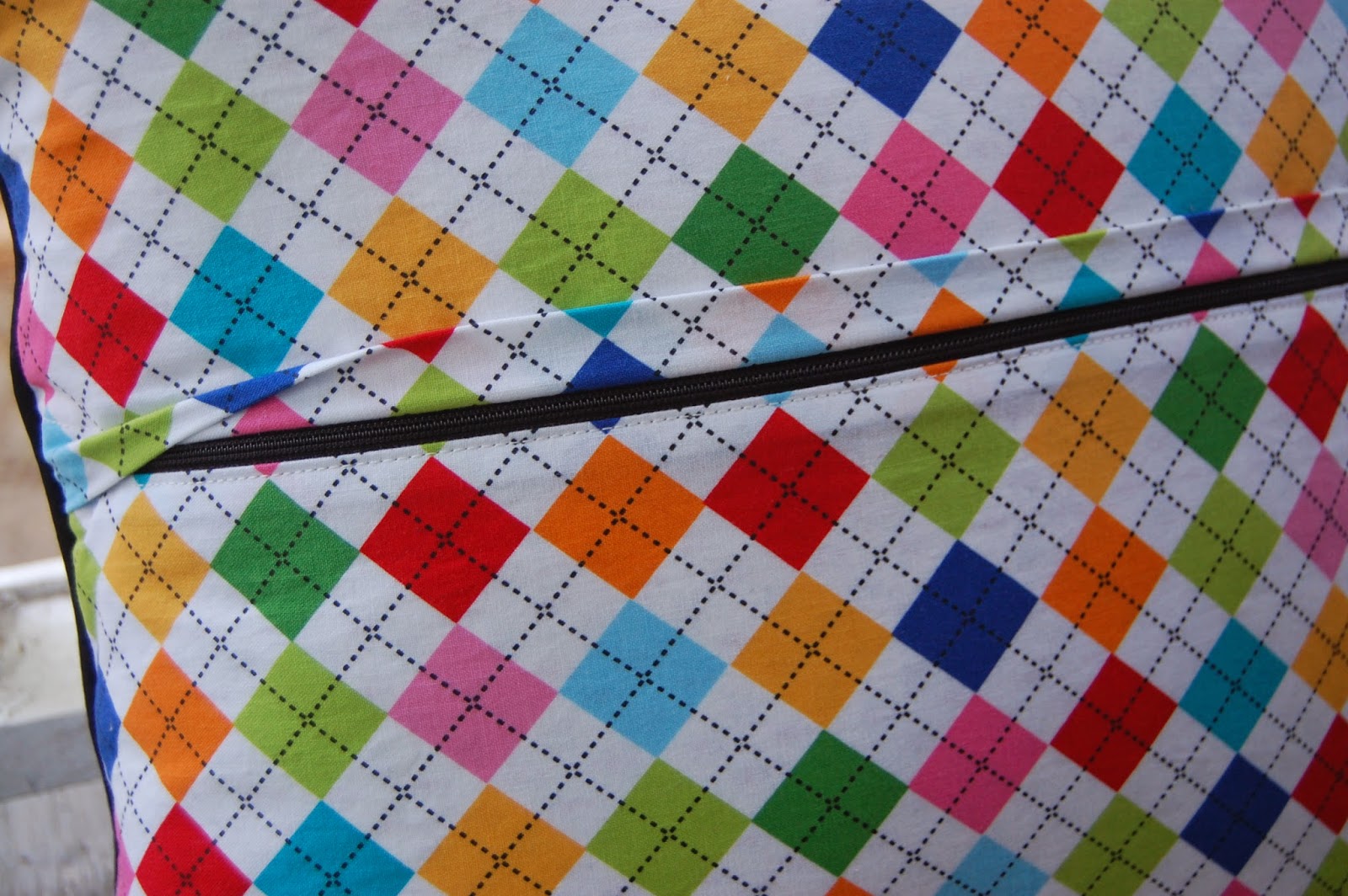 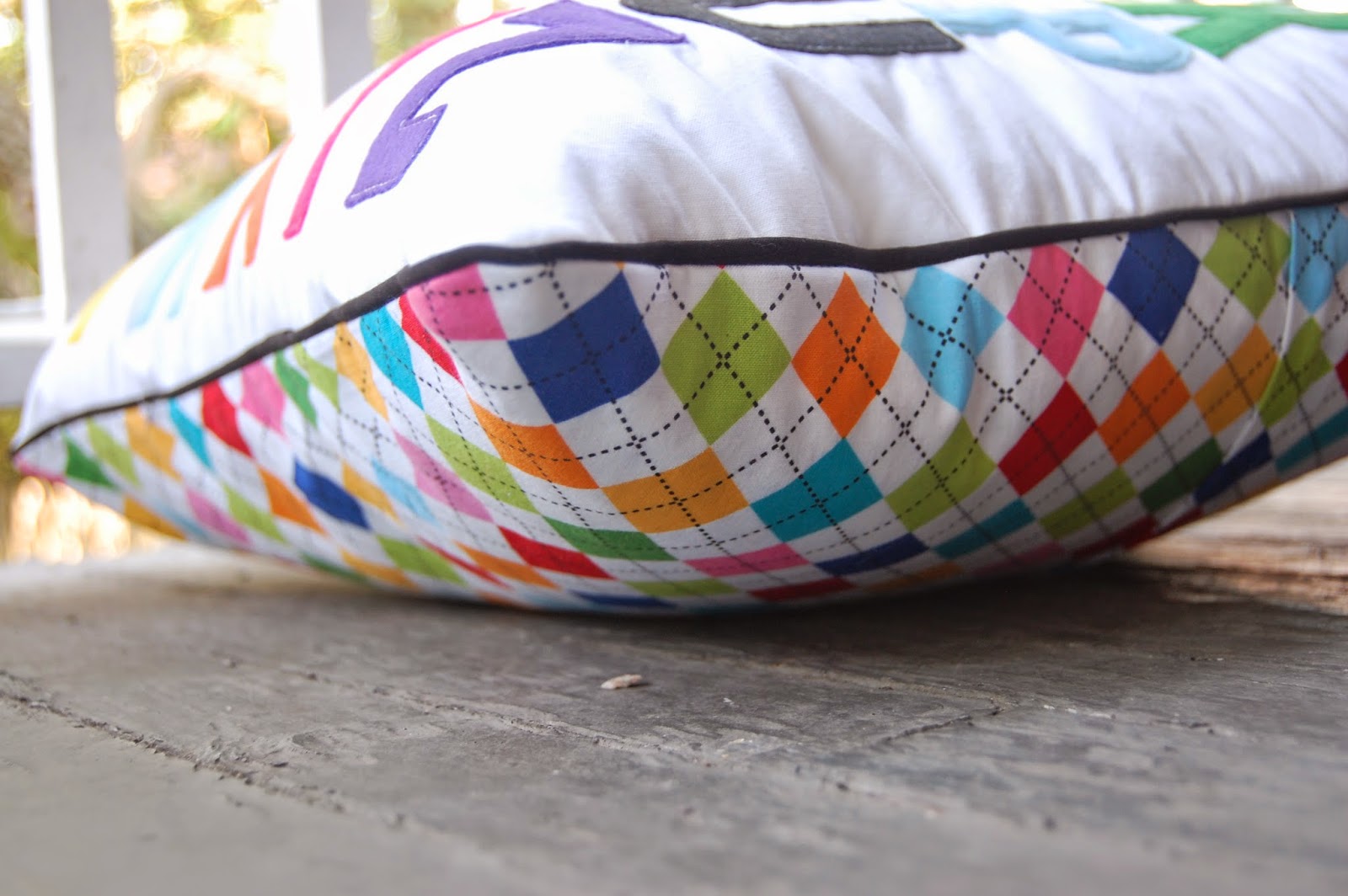 And with that, happy long weekend! We will be traveling and celebrating and generally being super tired. Travel with little people is exhausting to say the least. Hopefully the baby holds up and we make it back in one piece!  And I am just going to go ahead and try not to think about how I have a 4 year old and that just blows my mind :)
Posted by Cassie at 9:07 AM