I often debate whether it is actually much cheaper to make sheets rather than buy them. You figure with how much fabric you have to buy to fit a bed, many times it may not be, but in this particular case it was well worth it. We were lucky enough to have my grandfather build a cradle for our little girl while I was pregnant. It was one of the most beautiful and special gifts we received. He put so much time and effort into it and it is absolutely wonderful. The only problem that we had is that it is an odd size. It is neither a traditional cradle or bassinet size so finding a mattress and sheets was a bit difficult. After some searching we found a great company that makes custom mattresses and that left us with the sheets which I knew I could make. And so I did.

I had two different fabrics that I had purchased at Joann's on clearance for $1.50/yard that I hadn't made plans for yet and this was perfect. I even already had elastic so it was pretty much a free project! I searched online for patterns but most of them had measurements for cribs which would obviously have been too big. I ended up using a combination of this to figure out the measurements and this to figure out how to sew it. I wanted to use the french seams for the corners because I figured with all the washing that will inevitably happen, it would be a lot easier to not have to worry about fraying and stray strings and that has proven to be a good decision. Because of that I had to add a bit extra to my measurements (I realized after I made the first one), but it worked well. Even though we have only been using them for about a month, they have been holding up well through the washings. It is unfortunate that it looks like she will soon outgrow the cradle, but at least there will be some sheets and a mattress already available for the next inhabitant :) 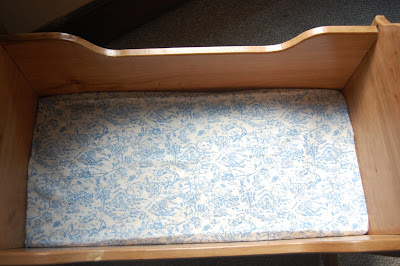 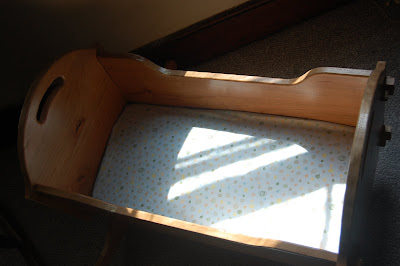 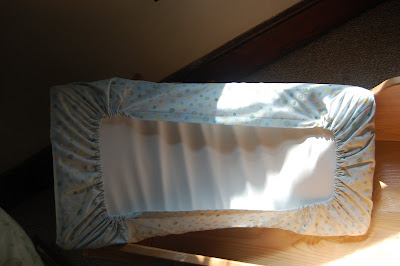