I am happy to report that my iron has arrived and I am back in business! I am feeling pretty productive right now too since I basted some hexies and made my next pony club block and got the templates printed for the next set. I also may have gotten Liberty Love and started plotting a quilt....I'm just saying it's possible. And by plotting a quilt I mean be ready to start cutting at any moment :)

Anyway, one thing that I managed to do the other day was to recover my ironing board. Here are a couple before pictures in all it's grungy glory 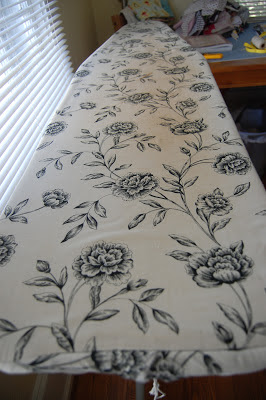 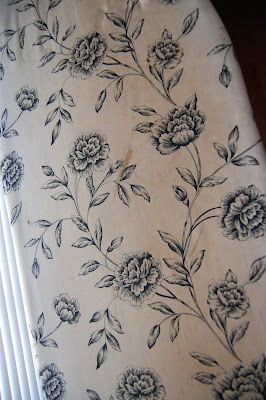 I wanted to go with something nice and neutral so I picked up this nice fabric at Joanns the other day. I followed this tutorial at comfortstitching and used a nice packaged yellow binding I already had on hand. I had to put it on a little differently since it was already double folded, but I made it work. And I ended up just putting it over top of the old cover with a layer of batting in between because a layer of batting was not thick enough, but it seems to be working well. 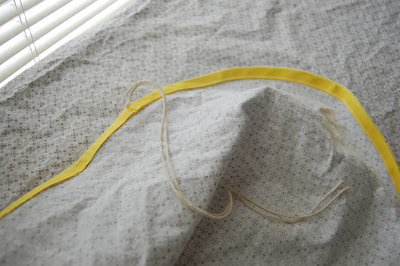 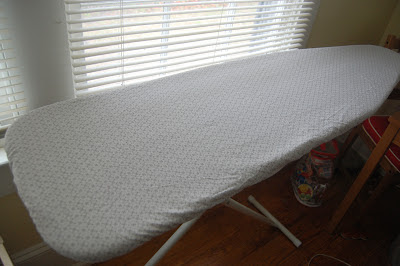 So that's my story. I am hoping to get started on the aforementioned quilt today. I have big plans, I tell you, big plans! And then hopefully a relaxing weekend. Have a lovely weekend everyone!
Posted by Cassie at 9:17 AM