Another week gone by. I've made some good progress on things, but most of them aren't quite completed. That's what this is all about though! 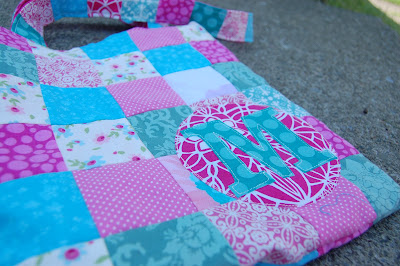 It turned out so well. Better than expected really. The "M" really makes it :) 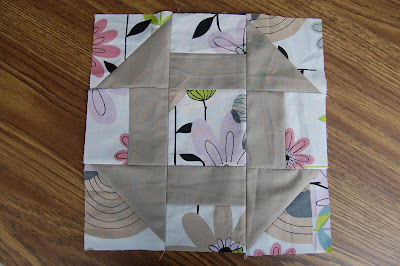 Definitely more subdued in color than the other two, but I like it. I had never made a churn dash block before so it was kinda cool. This quilt should be so interesting, I just love it. 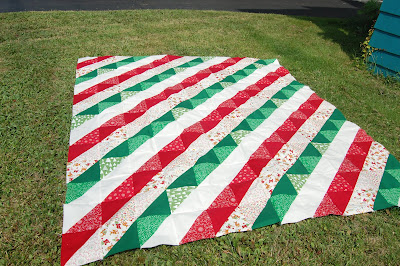 Not a great picture, but it's all I could get before my camera died

No longer pinwheels. I laid it out and didn't like it so after playing around with it, I decided on stripes :) I love it. I am so super glad I went with the stripes. The top is pieced and quilting is underway. Hopefully I will have it all quilted and the binding attached by this weekend and I can curl up with a couple good movies and bind this sucker! Maybe I'll have to name it Christmas in July. 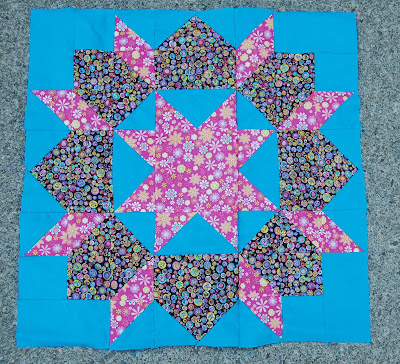 I just couldn't wait anymore and had to test out a block to see what it looks like. First of all, I love love love the swoon pattern. It's great. The big block is awesome and has such an impact and it is really not that difficult. As for the colors/fabric, I don't mind the blue as much as I thought I would, but I am concerned that a few of the blocks have a similar blue as one of the colors and I just hope it doesn't get lost in the background too much. We'll see. I'll probably hold off on making more until I am done my christmas quilt, and then this will be my main project. Since ideally I want it done by the end of August. We'll see.

Nada. This will probably be ignored for a while.

I am debating whether I want to do the challenge block for this week. I am thinking yes if I can figure out what to do. Maybe I'll get to work on that today at some point.

Inspired by this. Made with this. I just have to stop being lazy and get more binding....I didn't realize it was more than 3 yards around and I haven't felt like going back to Joann's yet. It is still on the table though, even with only 3/4 of the binding around ha. Maybe today or tomorrow I will get going and finish it.

I got sucked in! It's not my fault! I tried to resist, but they are so pretty (thank you flickr group)! And I just had visions of rainbow/white dancing in my head, I couldn't stop thinking about how cool it would be! So I got the book, the fabric is on its way (!!!) and I just need to print the templates and get started :) I can't wait!!! Seriously, so excited.


I also really want to do the summer sampler series, but I can't decide on fabric and I might have enough samplers in my life right now haha. We'll see what the other blocks posted this week are and I'll decide then.